The cat is now textured and rigged ! Ready for animating.

Finally I did a pretty simple face. Since it’s a “common” enemy I felt like making a kind of “basic” face without any special expression.

I’m working on the basic enemy you’ll be beating. It’s a simple cat.

I think I’ll end up having several textures for the same mesh so that I can recycle this character.

I think I’m done with all the animations I require for the main character so far.
There is one additional animation I started but it’s just a kid of bonus (it’s a 360° slash). I’ll add it afterward.

Simple sword slash animation from right to left. The one from left to right is work in progress ! I’ll probably play this faster in the actual game !

I can’t wait to add some nice movement FX such as trails !

I participated to the Kickstater campaign and now I can’t wait to receive it and print some random 3D meshes. They should be shipping soon !!

Here comes the simple gun shoot animation, when the player isn’t moving. Based on the fire rate, the animation will play faster/slower in actual game…

I’m not doing any polish on the animations for now so it should be pretty fast to make some more.

I just added bones for weapons in both hands.

Btw I made the character’s eyes even bigger… ‘Hope it gives him a better look ! 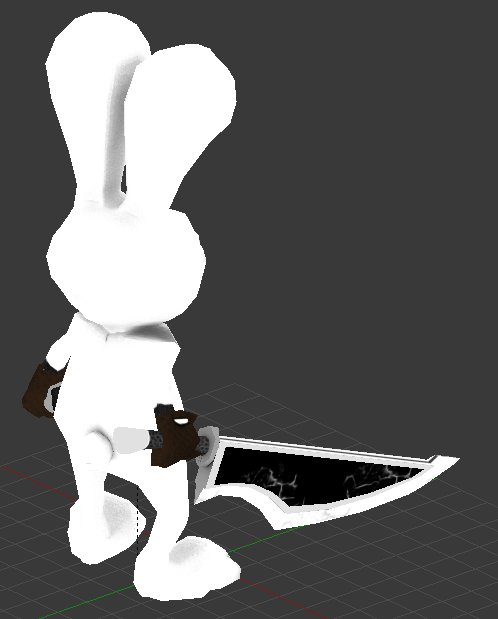 0
Yet another hobbyist's blog
Blog at WordPress.com.