I felt like doing a bit of polish on the UI in the customisation screen and in the level result screen.

Note that if the item can be bought the visual will be displayed.

I just finished integrating the mask feature. In total, there are 16 masks to unlock. I think it’s a decent number of items.

Some masks will still have both positive and negative impact. For example, this one increasesthe damages of the sword by 2 but lowers the life of the player by 2. 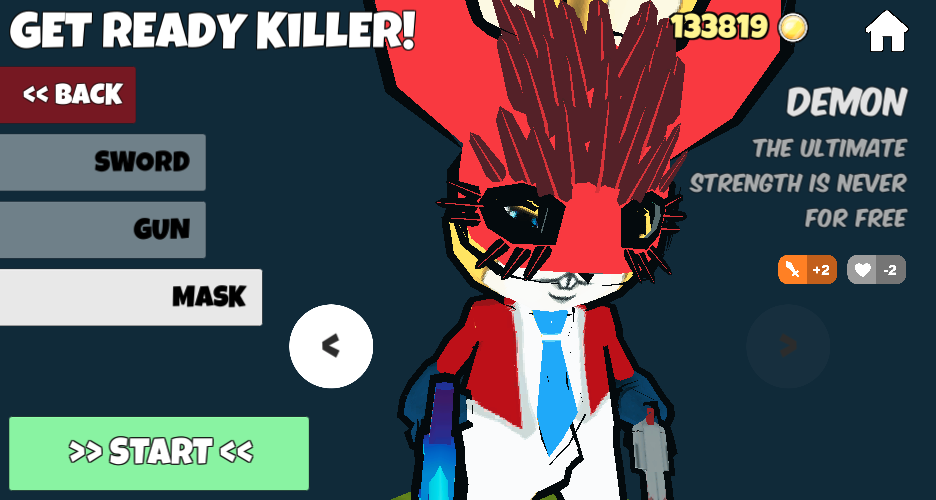 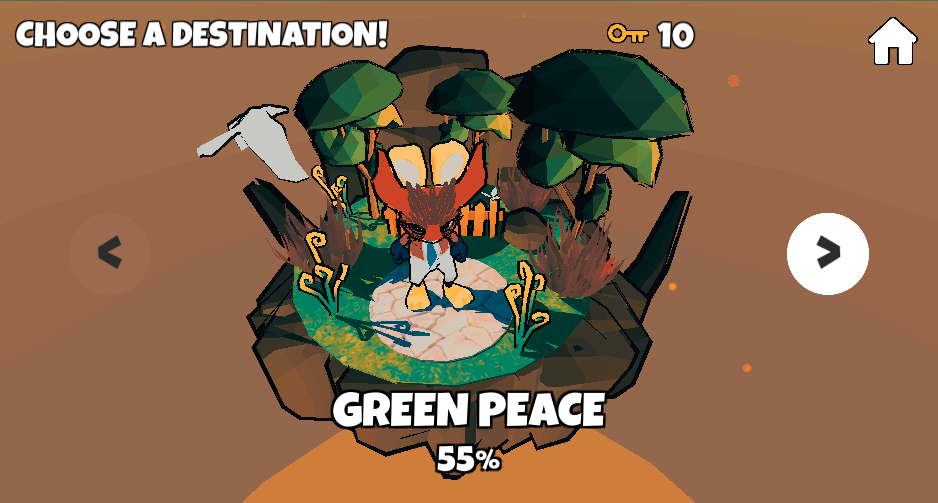 I had some localScale issues at first. This was quite interesting… 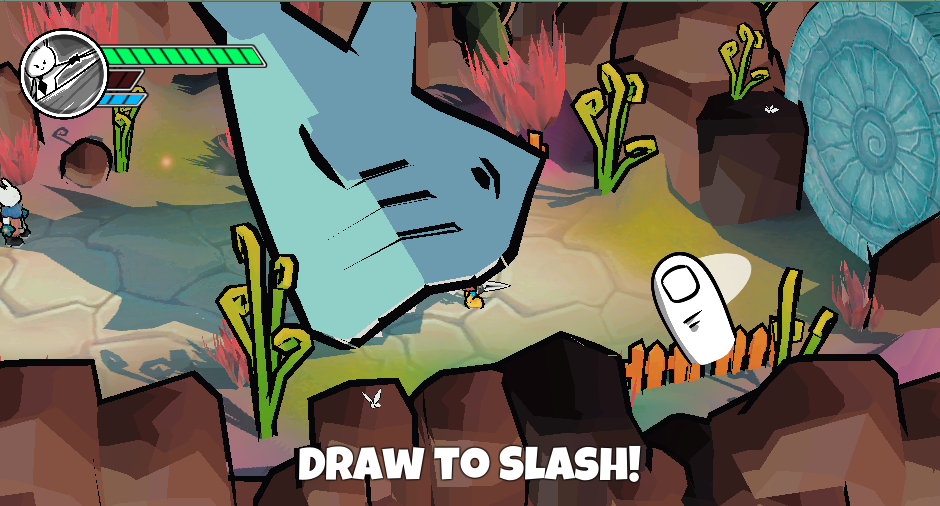 Alright, let’s get back to level creation.

I made some updates on the customisation logic to introduce masks (or hats). 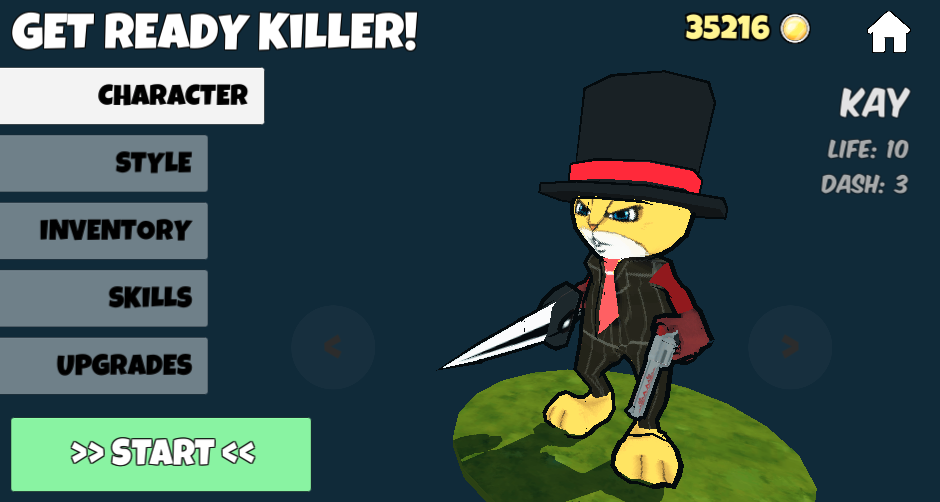 I previously introduced perks for weapons, and I felt like I could have another item for perks. So I decided weapons will only have bad effects (= only reduce health and dash) and masks will only have good effects. Let’s say a good sword reduces the health by 2 points, then you could wear a mask giving 2 health points to fix that, for example. The whole point is to force players to use his money for that, of course 🙂

In this section, I also try to bring a bit of jokes. I need to have more of that. Else it will be way to serious. 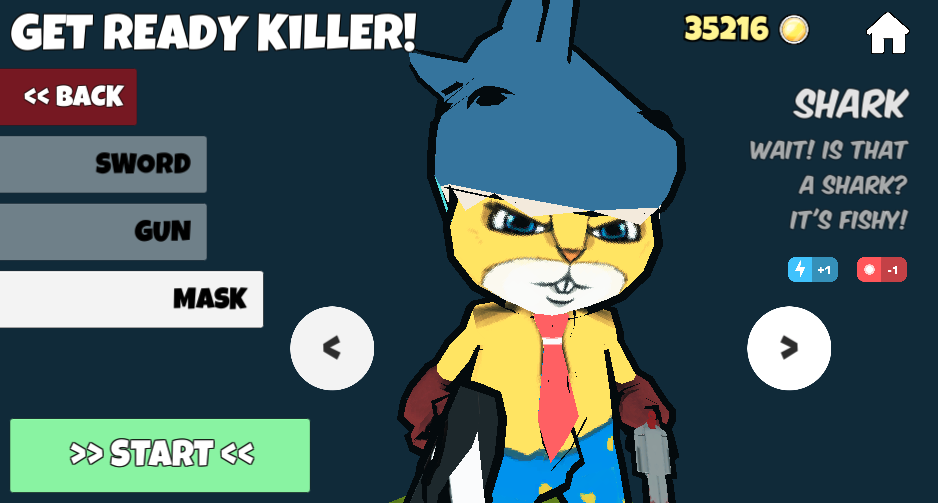 Here is a demo:

Note that there is a new “Skills” section (cf first screenshot). I moved the “Super” section there. And there is also a new “Combo” section. The combo I previously introduced (cf Sword Combos) will have to be unlocked as well.

I’ve been working on the customization screen for the last 2 weeks I think, every evening and weekends ! I did expect this to be boring but it’s actually beyond that! I can’t wait to complete it and move forward.

Still this is an important step forward because it forced me to clarify the economic model and list the various assets the player could customize. Also, it enabled me to play a bit more with the camera movement. My experimentations on the main menu convinced me to reuse the same mechanism there.

I guess the video is self explained.

I had fun playing with the generation of textures at runtime. Initially I was using textures in 2048^2px and no coroutine to build the final character texture dynamically (4 layers : colored base, colored tie, details, cloths). Well it was laggy! So I reduced the resolution to 512 and added a coroutine to generate progressively at each frame. It’s not perfect but at least it doesn’t stop the player from navigating in the menu.

I still need to fill the section for the “Super Attacks” which is part of the inventory. Then I will implement the unlocking mechanism and finally plug this customization manager data to the player spawning so it spawns with the right assets. Really, it’s boring.

I hope I’ll be done by the end of the week. But then I’ll have to make sure it works in multiplayer so that each player spawns correctly with his assets reflecting over the network. It’s such a pain already… Once this is working fine, I’ll start the “lobby” where the players will wait for the beginning of the online game.